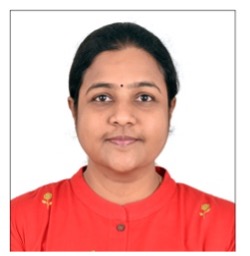 A 30-year-old male presented to the glaucoma clinic with complaints of gradually progressive diminution of vision in both eyes, left eye more than right, since 5 years. The visual disturbance was not associated with redness, pain, photophobia, or colored haloes.

He was diagnosed with glaucoma elsewhere 5 years ago and started on anti-glaucoma medications(AGM). His baseline intraocular pressure (IOP) according to the old records was 52 mmHg In both eyes. At the time of his visit to the hospital, he was using 3 AGMs which he had stopped using for the past 7 days.

No history of trauma or laser in the past

No history of any systemic illness

No family history of glaucoma

All vitals and systemic examination was within normal limits

Ocular Motility/Alignment Full, free and painless in all gazes

Pupils OD round and reacting to light OS RAPD was present Both eyes angles were open up to scleral spur with 4+ dense uniform trabecular meshwork pigmentation. No peripheral anterior synechiae (PAS) was present

Figure 2 Colour disc photograph of both eyes (2A and 2B) showing VCDR 0.9:1 with bipolar neuroretinal rim thinning and pallor of the disc. Pachymetry showed a central corneal thickness of 497 microns in both eyes.

Based on the classic clinical presentation of Kruckenberg's spindle, dense homogeneous TM pigmentation on gonioscopy with elevated intraocular pressure and glaucomatous optic disc damage, a diagnosis of both eyes Pigmentary glaucoma was made.

The patient was restarted on three AGMs and IOP was lowered to 14 mmHg in both eyes. Taking into account the advanced disc damage, left eye Trabeculectomy with Mitomycin was done. He tolerated the procedure well. At three weeks postop visit, his left eye revealed a diffuse bleb with IOP of 10mmHg and right eye IOP was maintained at 11mmHg with 3 AGMs.

Pigmentary glaucoma accounts for 1.5% of glaucomas worldwide. The risk of PG in PDS patients is thought to be 10% at 5 years and 15% at 15 years.

Age: Typically begins in young adults but may also be seen in older individuals, many studies have reported the mean age of presentation to be 40-50 years.

Race: More common in Caucasians than Africans and Asians.

Laterality: Bilateral, may be asymmetrical.

Refractive error: More common in myopes due to the presence of an enlarged ciliary body ring causing iridozonular contact resulting in pigment dispersion.

Genetics: Inheritance is autosomal dominant with incomplete penetrance. PDS has also been linked to genetic markers found on chromosome 7q35-q36.

Mechanical, genetic, and environmental factors contribute to the pathogenesis of pigment dispersion. Out of the various theories, Campbell's theory is the most accepted one.

In 1979, Campbell proposed that there is a concave iris configuration that results in mechanical rubbing of posterior iris against anterior zonules during pupillary movements leading to pigment dispersion and accumulation in various anterior segment structures of the eye.

Certain anatomical factors like larger iris size, greater iris-trabecular meshwork distance, posterior iris insertion, and concave iris configuration results in the reverse pupillary block, i.e, extended irido-lenticular contact creates a ball-valve mechanism where the unidirectional movement of aqueous from the posterior to the anterior chamber results in elevated pressure in the anterior chamber with posterior iris bowing and closure of the iris valve.

However, anatomical features alone do not completely explain the posterior bowing of iris. A pressure gradient is needed to trigger the process like blinking, accommodation and exercise.

Blinking: A transient blink causes corneal indentation which pushes the iris back against the lens creating a transient pressure gradient between the 2 chambers, promoting aqueous flow from the posterior to the anterior chamber. This causes a pronounced iris concavity and reverses pupillary block, an increased iridozonular contact, and pigment dispersion.

Exercise: Jumping and jarring movements during exercise may cause the zonules to rub against the iris and pigment dispersion.

Dilatation of the pupil can also lead to additional pigment release.

Pathogenesis of IOP rise and glaucoma:

The released pigments accumulate in trabecular endothelial cells, connective tissue cells, and endothelium lining the outer wall of the Schlemms canal. The macrophages phagocytize the pigments and the endothelial cells die due to phagocytic overload. Also, the trabecular sheets are denuded and they further obstruct the intertrabecular spaces, resulting in increased resistance to outflow and high IOP.

Usually asymptomatic. Rarely following exercise or after pupillary dilation, may experience blurring of vision or colored haloes due to active pigment dispersion and acute rise in IOP

The characteristic triad of pigment dispersion includes Krukenberg’s spindle, transillumination defects of the iris, and dense homogeneous pigmentation of the trabecular meshwork. The pigments get deposited at various structures in the anterior segment resulting in characteristic signs.

Cornea: A vertical band or spindle-shaped distribution of pigments on the corneal endothelium, broader inferiorly, roughly about 6x3mm is seen, which is described as Krukenberg’s spindle. This pattern of deposition is due to the aqueous convection currents.

Iris: The characteristic iris transillumination defects seen are radial, present in the mid periphery ranging from dot-like to V shape, usually increase with time, and may coalesce to form large defects. There is also a classic iris configuration, prominent iris concavity in the mid periphery. The deposition of pigment particles on the iris may give a dark velvety appearance to it and heterochromia may be noted in asymmetric cases.

Anterior chamber: Deep especially in the mid periphery with the iris assuming a concave configuration. Pigments floating in the anterior chamber, especially post-dilation and exercise may be made out.

Angle: Wide open angle with a dense homogeneous band-like the pigmentation of the trabecular meshwork is seen. A pigmented band anterior to the Schwalbes line known as Sampoaolesi’s line can also be seen

Pupil: Larger pupil size due to dilator hypertrophy and distortion of the pupil to the side with maximal transillumination defects may be noted.

Clinical course of the disease: Richter et al defined several stages of the disease. First, there is a stage of inactive pigment dispersion with stable IOP followed by stage 2 characterized by clinically detectable signs with stable IOP. The third stage is associated with elevated IOP and glaucomatous optic disc changes. Lastly, there is inactive pigment dispersion with the progression of glaucoma.

Interestingly, the severity of disease decreases with age when pigment liberation ceases to stop. This could be both due to loss of accommodation and an increase in the anteroposterior diameter of the lens with the consequent distancing of the iris from zonular fibers. The trabecular endothelial cells gradually remove the pigments, giving rise to pigment reversal sign in gonioscopy. The normal pigment pattern may reverse with the pigment band in a superior angle more darker than the inferior one. Sometimes, this may be the only sign in older patients suggesting previous pigment dispersion and distinguishing it from normal-tension glaucoma. The IOP also begins to decrease and antiglaucoma medications may also be tapered at this stage of the disease.

The following investigations are useful in the diagnosis of Pigmentary glaucoma

Pachymetry: Central corneal thickness is important in the workup of glaucoma as there can be a falsely low IOP in thin corneas.

Ultrasound biomicroscopy: The characteristic posterior bowing of the iris and iridozonular contact can be observed with ultrasound biomicroscopy, which demonstrates the existence of a specific site of contact between the concave iris and the zonular fibres and between the iris and the ciliary processes. When compared to normal, patients with PDS were found to have a greater mean iris – trabecular meshwork distance.

Not all patients with pigment dispersion progress to glaucoma, eliminating the iridozonular contact may prevent progression of disease and development of glaucoma. This can be achieved by miotics or laser iridotomy

Miotics: Pilocarpine has been shown to demonstrate resolution of iris concavity and iridozonular contact in UBM studies by producing a convex rather than planar configuration, thereby decreasing pigment dispersion. However, most of the patients are young and may not tolerate miotics well.

Laser Iridotomy can relieve the reverse pupillary block by allowing the aqueous to flow from the anterior to the posterior chamber and produces a planar configuration. However, there is insufficient evidence to support or oppose the use of LPI in preventing or reducing visual field progression in pigmentary glaucoma as shown in a Cochrane review of five randomized controlled trials comparing LPI to no treatment in patients with PDS/pigmentary glaucoma

Laser Trabeculoplasty: Selective laser trabeculoplasty has been reported to yield a 20% reduction in IOP in 85% of patients with PG at 1 year with maintenance of results in only 14% after 2 years. However, frequently IOP elevations following SLT have been reported requiring subsequent trabeculectomy.

Surgical management: When medical and laser management fails, surgery is indicated. Trabeculectomy is the gold standard and the principles are the same as that for primary open-angle glaucoma. There is a paucity of evidence regarding the use of minimally invasive glaucoma surgeries (MIGS). The potential for severe IOP elevations following trabecular meshwork/ Schlemm’s canal-based MIGS procedures in patients with pigmentary glaucoma requires further investigation through prospective randomized trials.

Dr. Rathini David
Consultant in the Department of Glaucoma , Sankara Nethralaya, Chennai
Dr. Rathini Lilian David completed her M.B.B.S from K.A.P Viswanathan Government medical College Trichy in 2006 . Then completed her M. S Ophthalmology from Aravind Eye Hospital , Madurai in 2010 and obtained her Diploma in Nation Board of examination in Ophthalmology in 2011 . She is also a Fellow of the International council of Ophthalmology (FICO) 2011 and Fellow ALL India Collegium of Ophtamology (FAICO ) 2013. She has presented posters and papers at various national conferences and international conferences. She was awarded the best paper in the Glaucoma Society of India conference held in the year 2014 at Bhubaneshwar, Orissa. She has also contributed to chapters in glaucoma textbooks and also has a few publications in peer-reviewed Journals. Her area of interest are angle closure disease and pediatric glaucomas.