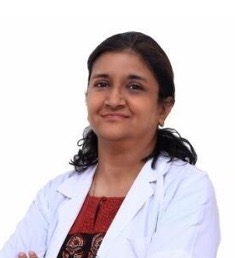 The infecting microorganism travels via the bloodstream and multiplies in the choroid, thereafter infiltrating the retina and spreading into the vitreous.12 There are several risk factors and causative microorganisms causing Endogenous endophthalmitis. (Table 2)

A vast variety of bacteria are responsible for causing endogenous endophthalmitis. The most common being gram-positive organisms such as Streptococcus species (endocarditis), Staphylococcus aureus (cutaneous infections), Bacillus species (from intravenous drug use), and Nocardia species (in immunocompromised patients). The most common gram-negative organisms are Neisseria meningitidis, Haemophilus influenzae, and enteric organisms such as Escherichia coli and Klebsiella species. A study by Jackson et al reported that in Asia, patients with liver abscess, have an infection from Klebsiella species as the most common cause of endogenous endophthalmitis.4 Some Asian studies have reported approximately 11.1 to 17.54 % of total cases of endogenous endophthalmitis to be having fungal aetiology, and the rest having bacterial aetiology.13-14

Patients having endogenous endophthalmitis usually present with varying degrees of pain, redness, photophobia, floaters and vision loss. Classic signs include eyelid oedema, conjunctival injection, and circumcorneal congestion. A detailed slit lamp examination should be done, which may show corneal oedema, anterior chamber reaction with hypopyon, pupillary distortion secondary to synechiae formation, absent red reflex, and vitreous cells.20-24 (Figure 1) Fundus examination may show vitreous haze and exudates, retinal haemorrhages, and vasculitis. Small microabscesses in the retina or choroid may be found rarely. Sometimes, both eyes may be affected simultaneously as the ocular infection is secondary to a systemic spread. (Table 4) Bacterial Etiology should be suspected in patients with rapidly progressive and intense intraocular inflammation. All the clinical signs are more evident in bacterial endogenous endophthalmitis in comparison to fungal endophthalmitis which has a more insidious onset, focal vitreous opacities, and chorioretinal infiltrates. (Table 5)

The most characteristic clinical sign of Candida endophthalmitis is the presence of one or more creamy white, well-circumscribed chorioretinal lesions, less than 1 mm in diameter, most commonly in the posterior pole, with an overlying haze of vitreous. Yellow or fluffy-white vitreous opacities connected by strands of inflammatory material known as “string of pearls.”25 (Figure 2) If the media haze permits, then an optical coherence tomography(OCT) of the lesion can depict the vertical spread of the Candida into the vitreous from the retina.26 Figure 2 Color Fundus Photograph depicting large subretinal abscess over the posterior pole in the right eye with some vitreous haze and overlying haemorrhage in a patient with candida endogenous endophthalmitis.

Aspergillus endophthalmitis shows a characteristic central macular chorioretinal inflammatory lesion.27 A Pseudohypoyon i.e a gravitational layering of inflammatory exudates in either the preretinal (subhyaloid) or subretinal space may be noted with the macular lesion.(Figure 3) The other associated features are retinal vascular occlusion, choroidal vascular occlusion, exudative retinal detachment, and/or diffuse hemorrhagic retinal necrosis.28-29

Endogenous endophthalmitis presents with a variety of clinical features and can mimic various other ocular conditions enumerated in table 3.

A note is made of the best corrected visual acuity at presentation. A thorough ocular examination with proper documentation of each finding is vital to monitor the response of the patient.

A referral to an internist for a systemic evaluation to locate the underlying primary source of infection is of paramount importance.

Proper counselling of the patient regarding the visual prognosis and the goals of treatment with an informed consent in place before any intervention helps to avoid medico legal issues.

Indication: Posterior segment is not visible due to media haze. (Figure 3-5)

Findings: low to moderately reflective dot and membranous echoes in the vitreous cavity, rarely exudative retinal detachment is seen with a high reflective membrane attached to the optic nerve head with limited after movements and evidence of shifting fluid. There can be evidence of choroidal abscesses which can be seen as dome-shaped lesions arising from the choroid (Fig. 1) Indication: If the media haze permits and lesion is seen on the posterior pole

Patients with bacterial endogenous endophthalmitis are started on broad spectrum systemic antimicrobials for the management of systemic infection. Commonly used drugs are oral ciprofloxacin (750 mg twice a day)7 or intravenous cefotaxime (1 g thrice a day), and intravenous gentamycin (80 mg twice a day)6. Infectious disease specialist or a physician should be consulted for the choice of appropriate systemic antibiotics which are then modified according to the culture and sensitivity report.

Amphotericin B is administered intravenously and is effective in the treatment of infections due to Candida,33 Aspergillus,34 Blastomyces,35 Coccidioides,36 and other fungi. It is associated with dose limiting nephrotoxicity, hypotension, arrhythmias, and infusion-related fever and chills when used systemically.37

Among the azoles, the recommended dose of fluconazole according to the Infectious Disease Society of America (IDSA) guidelines for Candida endophthalmitis is 400–800 mg daily38. It has better side effect profile than AMB and is a broad spectrum anti-fungal. Hence it is used as the first-line agent against fungal endogenous endophthalmitis as shown by Hamada et al.39

For the treatment of Candida endophthalmitis administration of amphotericin B along with flucytosine is recommended by IDSA.39

Fluconazole (with or without PPV) has also been reported to successfully treat endophthalmitis caused by C. tropicalis,40 Coccidioides immitis,41 and Cryptococcus neoformans.42 Apart from the gastrointestinal disturbance as the major reported toxicity, it is otherwise well tolerated.43 Patient having Chorioretinitis outside the posterior pole oral fluconazole may be an appropriate choice of antifungal44

Voriconazole is a synthetic second-generation azole derived from fluconazole. It is generally effective against most Candida species (including those resistant to fluconazole, such as C. krusei and C. glabrata),45 as well as Aspergillus and Cryptococcus.46 It has an excellent intravitreal penetration from the systemic circulation.47 It can be administered orally as well as intravenously.

Patients having Endogenous endophthalmitis caused by Aspergillus require aggressive treatment in the form of diagnostic and therapeutic pars plana vitrectomy in conjunction with intravitreal injection of amphotericin B or voriconazole and oral voriconazole or intravenous amphotericin B.47

The minimum duration for which the systemic antifungal therapy should be administered is six weeks but the period of therapy depends upon the response and resolution of ocular lesions. A longer duration of therapy may be required for patients with severe ocular involvement.

Initially patient is administered empirical intravitreal antibiotics covering both gram-positive and gram-negative micro-organisms, when the etiology is unknown. This empirical treatment consists of vancomycin 1 mg/0.1 ml along with ceftazidime 2.25 mg/0.1 ml .21,48,49 Vancomycin is the drug of choice for gram-positive infections, as it also covers methicillin-resistant organisms.21 Ceftazidime (2.25 mg/0.1 ml) is the preferred drugs for covering gram negative microorganisms. 21,50 The half-life of intravitreal antibiotics is short, and repeated injections may be required. After the microbiology culture and sensitivity report of the vitreous and blood samples comes the drugs are accordingly modified.

For patients with fungal endogenous endophthalmitis, intravitreal voriconazole (50-100ug/0.1ml) or amphotericin-B(5-10ug/0.1ml) are the commonly used antifungal drugs.52 Intravitreal voriconazole appears to be nontoxic up to doses of 100 μg and may be less toxic to the retina than intravitreal amphotericin B.51 However, intravitreal Amphotericin B (5 microgram/0.1ml) has been seen to be more effective against Candida infection.53 This dose can be repeated after intervals of 48 h or more if there is evidence of persistent intraocular infection. Usually daily monitoring is done to look for response to the treatment.

Tables 6 and 7 summarise the commonly used drugs for endogenous endophthalmitis.

There are no clear guidelines for the use of corticosteroids in endogenous endophthalmitis. Jackson et al. in their two case series, have reported better visual outcomes in the patients who received additional treatment with intraocular steroids.2,4 On the other hand Shuwan lee et al. reported no significant association of the use of systemic steroids with better visual outcomes.54

Intravitreal corticosteroids (e.g., dexamethasone 400 μg) by decreasing inflammation, may play a role of an adjunct in some patients with bacterial endophthalmitis.55 Generally, corticosteroids should be withheld until proper antimicrobials have been initiated, especially in patients with suspected fungal disease.

For the treatment of endogenous endophthalmitis, pars plana vitrectomy is a commonly used modality. It is recommended for patients with severe and vision-threatening Candida, Aspergillus, or bacterial endophthalmitis.16,38, 56 It serves a dual role of diagnostic as well as a therapeutic intervention. It provides a good amount of samples for cultures and sensitivity and also reduces the load of infectious microorganisms in the vitreous cavity.

Pars Plana Vitrectomy comes with its own set of disadvantages which include surgical risks, such as retinal detachment, choroidal detachment, or sclerotomy site leakage. However, in the era of micro incision vitrectomy surgery the risk of complications has drastically reduced.

One large series reported improved outcomes in patients treated with pars plana vitrectomy.2 Zhang et al. have also reported better visual outcomes in cases that underwent early vitrectomy.11 Decision of doing an early vitrectomy has also been associated with a decrease in incidence of adverse outcomes like retinal detachment and evisceration or enucleation.57,60 Sato et al. recommended the use of pars plana vitrectomy for Candida Endogenous Endophthalmitis before stage IV according to Ishibashi’s classification.59 In cases of bacterial Endogenous Endophthalmitis, vitrectomy is generally performed when there is no response to intravitreal antibiotics within 48 h or when the eye condition continues to decline or with a worse grade of RAPD.49 Yoon et al. and Ishii et al. suggested that in patients with Klebsiella endophthalmitis aggressive treatment including vitrectomy might lead to better final outcomes.60-61

Endogenous endophthalmitis can result in poor visual prognosis and sometimes complete loss of vision if the treatment is delayed due to a missed diagnosis early in the course of management.20 In one of the studies, a timely diagnosis and treatment have shown that 64 % of patients having visual acuity of counting fingers (CF) or better.21 Hence, the clinician has to maintain a very high level of suspicion when a patient with possible risk factors for endogenous endophthalmitis presents with decreased vision and vitreoretinal changes. As a prompt diagnosis and appropriate treatment can salvage some useful vision in such patients.

Dr Isha Agarwal
Adjunct Consultant, Vitreoretina, Dr Shroffs Charity Eye Hospital, New Delhi
Dr Isha Agarwal is a passionate ophthalmologist and a practicing Vitreoretinal surgeon from Delhi. Currently she is an Adjunct consultant at Dr Shroffs Charity Eye hospital, New Delhi. She is actively involved in training Post graduates and VitreoRetinal fellows. She completed her MBBS from the esteemed Vardhman Mahavir Medical College & Safdarjung Hospital, New Delhi. Thereafter, she pursued MS in Ophthalmology from the same institute. She then went ahead to attain the degree of DNB Ophthalmology from Natboard, New Delhi. She is also the recipient of the title of Fellow of the International Council of Ophthalmology (FICO)(UK). She then went ahead for a long-term Vitreoretinal fellowship at the world renowned institute, Sankara Nethralaya, Chennai, where she was trained by the stalwarts of the field. She has presented various papers and posters in national and international conferences. She also has publications in peer reviewed journals. She aims to further enrich her knowledge with continued research and her passion for teaching.