An Autobiography of an Unknown Uveitis Specialist 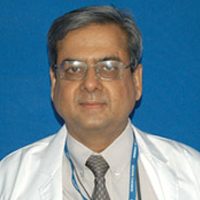 I know autobiography is usually written by great man e. g a great leader, president of a country, political leaders, a great sportsman, especially a cricketer, even a CBI director, or election commissioner. The great Nirod C Chowdhury wrote an autobigraphy of an unknown Indian. These autobiographies often disclose startling facts, relationships which sometimes cause real uproar in the society. Actually such controversies increase the sale of the book. I thought of writing this memoir not to raise any controversy or preach anything. To the best of my knowledge an autobiography has never been written by an uveitis specialist. Probably their life has often remained within haze of flare or cells in the fluid in the anterior chamber of the eye or in the vitreous cavity.

In the year 1987 I became a consultant. Instead of becoming a vitreoretinal surgeon, I became the specialist (supposed to be) after fellowship in the vitreoretinal surgery to not that area rather little closer to it, which is called Uvea. I understand the Greeks got these names from grape. I used to like grapes. But actually it is sour to me as usual like an average middle class family I could not afford to buy grapes. Uvea is the middle coat of the eye. It seems many systemic disease are associated when this part of the body is affected. But it’s pretty difficult to catch them. You end up doing umpteen numbers of investigations without getting them. Now patients often feel proud about it that they have such a disease doctors could not get a clue. The problem is that being a specialist in this disease you have to go through the endless reports. Even you try to skip some of them agile eye of the patient will catch you. Doctor sub, apney mera routine urine ka report to nehi dekha.” When you say that you did not find the cause of his or her uveitis they will be very obliged to offer you a clue or a helping hand. Once a patient told me that his uveitis attack happened immediately after taking lassi in a particular shop in Mount road. It seemed he wanted very much me to get the lassi sample tested along with the blood, urine, stool which I have tested. None of my predecessor has documented similar episode. As I politely informed my patient he became more interested and told me this could be all the reason for that matter of fact more important for me to explore it.

I remember another Hindi speaking gentleman with uveitis gave me even more interesting clue which even Professor Alan C. Wood did not describe! He was forty five year old gentleman who came with acute attack of anterior uveitis Let me tell his story. He said, “ Doctor sub,mera aakh kal tak bilkul thik tha (My eye was absolutely perfect till yesterday). Kal raat mey jab party me kya tha, sabney bataya tera aakh itna achha hai chashma tak nehi lagta. (Yestrday night when I went to a party all were telling that your eyes are so good that you don’t need glass at this age). Subah me utha dekha aakh pura lal ho giya., paani girney laga. (When I got up in the morning I found my eyes are red and watering) Jarrur koiney mera aakh me aakh dal diya (For sure somebody has cast an evil eye on my eye). This was not written as the cause of uveitis in any of the textbook. I tried my best to explain that it could be due to collagen disease, which could be latent at this point of time. I don’t know how much he believed me. He seemed to have the cause of his uveitis. But Mr Sivaramakrishnan believed my words . In fact he took a crucial decision depending on it. Sivaramakrishnan came with his good looking young wife. She had an attack of uveitis for the second time. He was very keen to know why his wife is getting these attacks again and again. Armed with my textbook knowledge I tried to tell him that cause is often not known. “Why it is coming again and again sir?” I said it could be due to stress, which often triggers such episode. Sivaramakrishnan immediately grasped the clue almost the way slip fielder take a catch from a snick from the batsman. Doctor, you are right! My mother unfortunately is always after her. (Almost like saas bhi kabhi bahu thi like episode). She always finds fault with her.”Little did I know that he will take this clue so seriously When her wife got another attack after 9 months, first thing he did is to send her mother to his brother’s place. Sivaramakrishnan came to me with her wife with a smile. “Sir, I have already sent my mother to my brother’s place.” He tried to mean that half of the job he has already done, now it’s my part to get his wife permanently out of uveitis.Oh god !that’s the only word came out of my mouth!

I did mistake for Mrs Saradammal also. She had what we call choroiditis. The back portion of the middle coat is affected. It causes scars like potholes in Indian roads. If these scars are close to the central area which is called macula then patient loses good bit of vision. The cause again eludes us. Uveitis experts of my earlier generation very much believed that it might be due to sepsis in the ear, teeth, tonsil, intestine or bladder. So we used to ask do you have pus in the ear, bad teeth etc. The problem is ninety –nine percent Indians have bad teeth, bowel disorders. My teacher once told to become an Indian you have to amoeba in the stool. And who doesnot have one or two bad teeth? Infact Saradmmal had quite a few of them. In order to find out the culprit of her Choroiditis, I sent her to a dentist. . Two weeks after when she came back hardly I could recognise her voice. The dentist found good amount of her teeth had fairly bad sepsis and removed it. Treatment of choroiditis is often tricky. Sometimes even if you get a cure if the scar due to healing involves the crucial point of the center of the eye which we call macula the vision does not get improved. I tried hard for Sardammal choroiditis. The lesions healed but vision did not improve. When she said, “ Doctor earlier I lost my vision but I had my teeth. Now I have neither vision, nor I have my teeth.” I wished that I could hide myself.

Infact who knows what triggers an uveitis attack and what does not. One of the doyens of uveitis a great thinker wrote about various factors which initiates inflammation of this part of eye. But still it is shrouded in mystery. If you want to be honest an unbiased examiner, you will certainly tell “may be” or ` I don’t know’. In fact that’s what I told Mr Pinaki pati’s wife. In almost tearful eyes Mr Pati’s wife told` See sir, how many times I have told him not to go to see Bapi Lahiri night function. You have got only one eye. Who listens to me, now see next day morning, next day itself he got the attack´ Mrs Pati was correct. Mr Pati had recurrence in the only eye. Now question is whether Bapi lahiri’s music whole night can trigger an immune system derangement. Answer is difficult obviously. You need to prove cause effect relationship- famous Koch’s postulates. I have heard Bapi Lahiri’s songs. They are not bad. But believe me I will have some problem if I am subjected to it for whole night. Mr Pati is probably a fan of him. But can such music alter the immune tolerance of release lot of pro-inflammatory cytokines? Answer is yes. . All uveitis experts know that such cytokines triggers an immunological reactions leading to recurrence. I could not answer Mrs Pati’s question? Ideally one should get the pro-inflammatory cytokines levels in Mr Pati’s blood before and after Bapi Lahiri night? Who will do it for me?

Dr. Jyotirmay Biswas
Sankara Nethralaya, Chennai
Dr Jyotirmay Biswas is an ophthalmologist who has specialized in uveitis and ophthalmic pathology. He has done MBBS from Medical College, Calcutta and post graduation in ophthalmology from PGIMER, Chandigarh, fellowship in vitreoretinal surgery from Sankara Nethralaya. He did two years fellowship in ophthalmic pathology from Doheny Eye Institute, University of Southern California, USA. He has published 417 articles in peer reviewed pubmed indexed journals, 47 chapters in books of ophthalmology. He presented 32 papers in international conferences and 175 papers in national and state conferences. He had given 400 lectures in international and national conferences. He had 3 books on Uveitis and one book of ophthalmic pathology. He is reviewer of 36 Journals. He is a visiting professor at Advance Eye Care Center at PGIMER Chandigarh and Chinese University of Hongkong. He was the principal investigator of 13 research projects. He has mentored 43 uveitis fellows from India, Bangladesh, Indonesia and Kenya. He has received 34 awards which includes Hari OM Ashram Award for clinical research from Medical Council of India. He is a member of International Uveitis Study Group. American Uveitis Society and executive council member of International Ocular Inflammation Society. He is the founding member and past President of Uveitis Society of India. He was the first to describe ocular lesions in AIDS in India. His current areas of research include uveitis, AIDS and Eales’ disease. Currently he is working as director of uveitis and ophthalmic pathology departments at Sankara Nethralaya, Chennai. Dr Biswas also a marathon runner, recites Bengali poems and writes Bengali articles and received many awards for that.